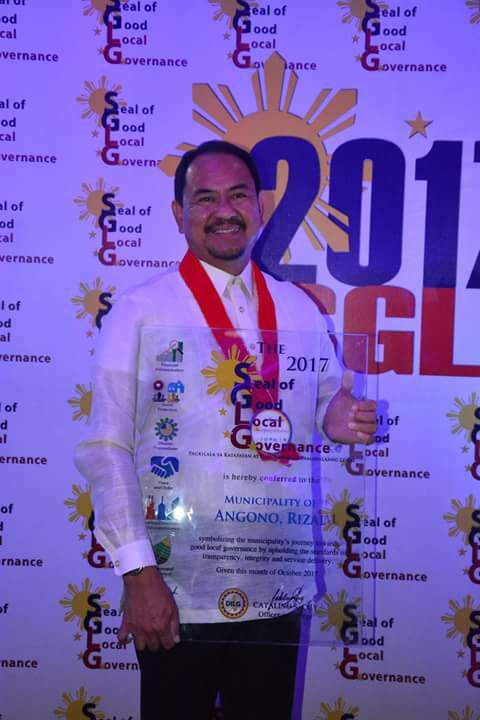 A day after the feast of St. Clement and Higantes Festival which highlighted the achievements of the municipality of Angono because of good governance as well as its expression of gratitude to the town’s patron saint, Mayor Gerry Calderon received again the Seal of Good Local Governance from the national Department of the Interior and the Local Government yesterday, Friday, November 24, 2017.

The awarding, held in Manila Hotel, capped Angono’s historic feat as the town known as the Art Capital of the Philippines bagged the award for three consecutive years.

Apart from the SGLG, the municipality has achieved other unprecedented awards this year namely two-time awardee of Gawad Galing Pook, 3rd Most Competitive among 1st-2nd class municipalities in the Philippines, 2nd Best Public Employment Service Office nationwide, Ynares Eco-System (YES) Top Performer in the province, among others.

Make sure this account has posts available on instagram.com.